Now for something completely different 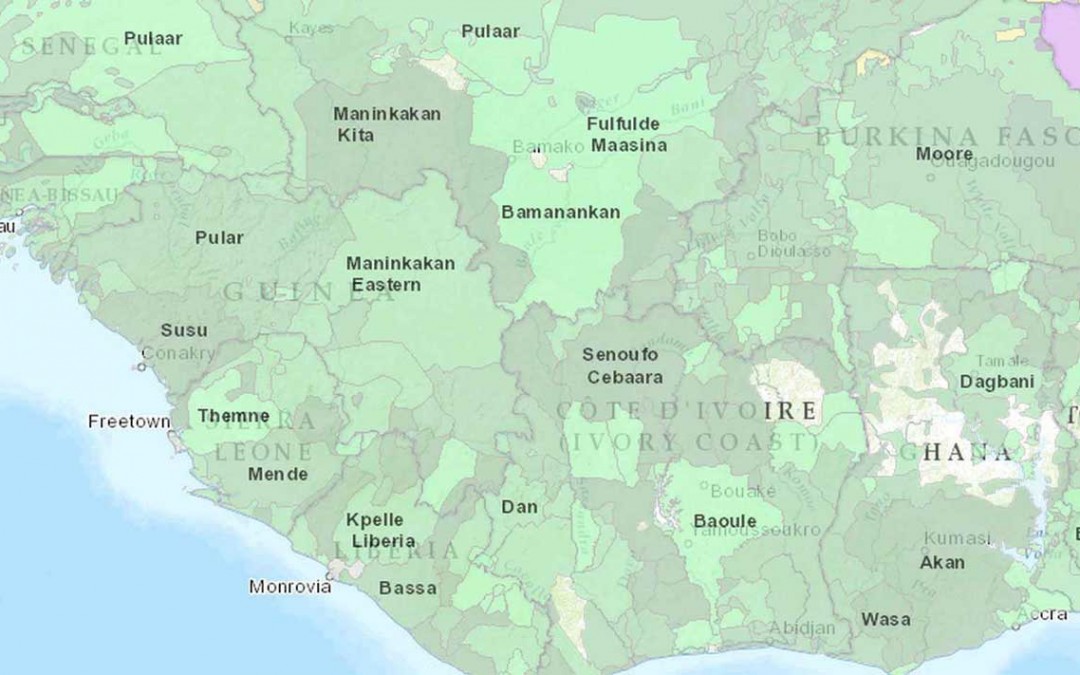 A conversation in a subway station with a senior professor when I was a frustrated graduate student really stuck with me. I think I must have been lamenting my bad fortunes in the conference submission game. I figured that the star professor didn’t have to deal with that anymore, since she was invited all over the world in any case. But she said that she still submitted anonymous abstracts from time to time, so that she could relate to what her students were going through.

I was reminded of that exchange this past summer when Tess Wood and I were preparing to give a brief spiel at a (really interesting!) workshop on endangered languages and computational linguistics. Nowadays, we tell students in our interdisciplinary programs all the time that they need to go “outside their comfort zone”, but we don’t often subject ourselves to the same experience. Now I was preparing to talk to two communities of experts, both of which were foreign to me. If I was merely going to tell them about the stuff I normally talk about — you know, language processing, grammatical constraints, and so on — then all would have been fine. But I was trying to make a pitch for a project in their areas. I was pretty scared. And I had renewed respect for what our students go through all the time.

The project in question was Langscape, and the past 9 months of working on this has involved plenty of outside-the-comfort-zone experiences. But it has also been a whole lot of fun. Langscape is a Geographical Information System (GIS) whose mission is “Language Diversity for Everyone”. Behind a base map layer that covers polygons for 6400 languages is a growing set of resources for those languages, including sound files, texts, bibliographies and other information. Langscape aims to serve diverse constituencies: academic experts in linguistics, language pedagogy, and language technology, and non-academic audiences in K-12 education, government/industry, and the general public. Our bet is that a big tent approach that is independent of specific fields, regions, language types (e.g., endangered languages), or audiences can better serve more specific needs. We’ve seen many language/geo projects that have focused on a specific region or academic field. They do very interesting work, but they’re limited by technical expertise in GIS and related areas, because that’s not what linguists are trained to do. And even if this hurdle is overcome, they struggle for visibility and sustainability: how do people know to find the resource, and what happens after the initial funding runs out? Langscape isn’t trying to compete with these projects. Instead, we’re trying to provide the technical infrastructure, visibility, and sustainability that it is hard for individual projects to provide on their own.

What we have built so far is really just an initial proof-of-concept, to convey the potential for a tool like this. We have lots of plans for improving and expanding Langscape in its next phase. And we’re really interested to hear from people who have ideas or who would like to partner with us to make their resources more visible.

The picture above shows the area of the world that’s in the news right now because of an Ebola outbreak. Imagine that you’re an NGO that needs to quickly reach large numbers of people in that area to deliver services or provide guidance. But you don’t know what languages are spoken there or how to get information to people on the ground. That’s just one situation where we hope that Langscape could be valuable in the future.

Why are we doing this? When we started the Language Science Center a year ago, this was not on our radar. But Langscape has taken a lot of our  attention over the past 9 months. (We inherited some of the technology from another project, but we’ve substantially rebuilt the tool and reoriented the aims.) Although I don’t have expertise in most of the specific areas that Langscape covers, the aim of serving individual fields better by working together, and the aim of bridging academic and public needs is exactly what LSC aims to do. And Langscape’s cool visual interface makes it possible to convey this in a way that our other initiatives cannot. One cool extension of Langscape, developed by our awesome summer intern Maggie Kandel, is a K-12 Teachers Manual, which lays out ways of using Langscape to integrate language diversity into the school curriculum, in areas such as geography, social studies, and history. This fits perfectly with something that our outreach czar Jeff Lidz has been wanting to do for years, which is to show how language cuts across the typical silos of the education system.

The Langscape team is small but quite diverse, and it has forced us to learn about lots of things that we had little clue about before. Paul England, our lead software developer, is a GIS and Big Data guy. Tess Wood, the project coordinator and LSC’s Assistant Director, has expertise in fieldwork, language documentation and archiving, and in scientific outreach efforts. My role is to help bring together folks from different fields and application areas, and to link Langscape to LSC’s broader mission. It has been a real treat for me to work in a team with such different skills. I have loved maps since I was a kid — on visits to London I used to love browsing the cool maps in this store, and I would spend hours at home poring over Ordnance Survey maps (wow – they now have a Minecraft map of the UK) or drawing road maps (go figure). So learning from Paul about how modern interactive maps are built and linked to data resources has been fascinating. I love language diversity, and some of my earliest linguistic work focused on under-documented languages. But from working with Tess I’ve learned so much more about that area. And we’ve also learned along the way about so many other things that I had little clue about, thanks to the many people who are helping us out: data infrastructure and data security, APIs, legal protections for contributors, marketing and communications, social media, web analytics, politics, digital libraries, common core standards, and more besides. This has given me plenty of beyond-the-comfort-zone experiences.

Is it going to work? It’s too early to tell. But we’ve been excited by the initial reaction. We did our first public demo of Langscape just over a week ago, at Language Science Day, and then in the following days we made two brief Facebook posts about it, just to test the waters. One message went to my not-terribly-large circle of friends, and another was posted to the Linguistic Society of America’s Facebook page. I thought we’d get some likes and a few interesting comments, but that’s not what happened. Instead, people started sharing the link with their friends, who in turn shared the link with their friends, and people started checking in from around the world. On a small scale, Langscape went viral. In just over a week, more than 3500 people have explored Langscape, and they have called up around 80,000 map views. We’ve got a lot of enthusiasm, and also a lot of useful feedback on things that we need to do before we reach out further.

To keep up with developments about Langscape, join our mailing list, or like LSC on Facebook, or add our blog to your RSS feed (well, you can do that once we’ve got it working right).