NSF success for Shota and Ming 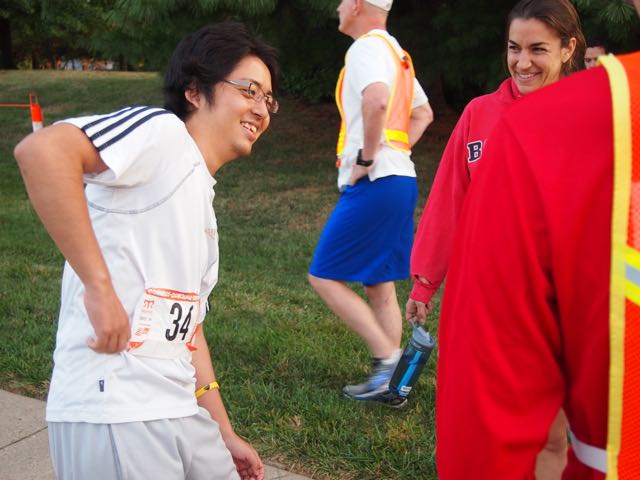 Congratulations to Shota Momma and Ming Xiang on winning grants from the National Science Foundation. Both awards will support research on key problems in language processing, highlighted by properties of East Asian languages.
Shota, currently a 4th year PhD student,  has won an $18,000 dissertation grant for a project called “Fast and Slow Linguistic Predictions”. The grant will support Shota for a part of his PhD research involving ERP studies in English and Japanese, and it will allow him to spend 2 months at Waseda University in Tokyo, working in the lab of our long-time collaborator and friend Hiromu Sakai. || Shota’s project builds on some very interesting recent findings by himself, Wing Yee Chow, and others (including this  from Jim Magnuson’s group at UConn), showing that some types of linguistic predictions are computed faster than others. We are often quite good at anticipating upcoming words in a sentence, and we make use of lots of different types of information to do this. There has been a recent wave of enthusiasm in psycholinguistics for showing how quickly we make use of all available constraining information. But we don’t know much about the mechanisms that allow us to achieve this.  Shota and Wing Yee have found that predictions based on simple lexical associations are computed quickly, but equally strong predictions based on thematic role information are computed more slowly (on the scale of a few hundred milliseconds). This time difference provides a valuable clue to the mechanisms that we use to generate predictions. Shota’s idea is: (i) Lexical prediction is fundamentally a memory access problem, and (ii) the speed of lexical prediction reflects the degree of (mis-)match between linguistic cues and the format of the memories that are consulted. He gave an interesting conference talk on this in Los Angeles in March. The other PIs on Shota’s project are Colin Phillips and Ellen Lau.
Ming is a former postdoc and current Assistant Professor at the U of Chicago. She has won a $318,000 award entitled “Computational and psycholinguistic investigations of covert dependencies”. Ming’s co-PIs are her colleague Greg Kobele and our collaborator Suiping Wang of South China Normal University in Ghuangzhou. Her project examines mechanisms for interpreting questions in Mandarin. Whereas English forms wh-questions by fronting the wh-word, Mandarin wh-questions are formed with the wh-word in its canonical position. This creates interesting challenges for moment-by-moment interpretation. In English, the position of the wh-word determines its scope, i.e., direct vs. indirect question, but indicates that the comprehender has to search the rest of the sentence to figure out the thematic interpretation of the wh-word. There is a sizable literature on how English speakers do this. (See our recent Hyper-Active Gap Filling for an example.) Mandarin presents a different kind of challenge. The thematic interpretation of the wh-word is clear from the surface string, but the scope has to be recovered from the context. And this often requires a backwards search in memory to identify possible scope interpretations. This problem has received very little attention in the past, though Ming has made some interesting headway in recent work, including a soon-to-appear paper in the Journal of Memory and Language that argues that wh-in-situ is resolved using the same memory access mechanisms that are used in resolving agreement and anaphora.
[Image: Shota Momma looking forward to his final leg at Ragnar Relay 2013.]