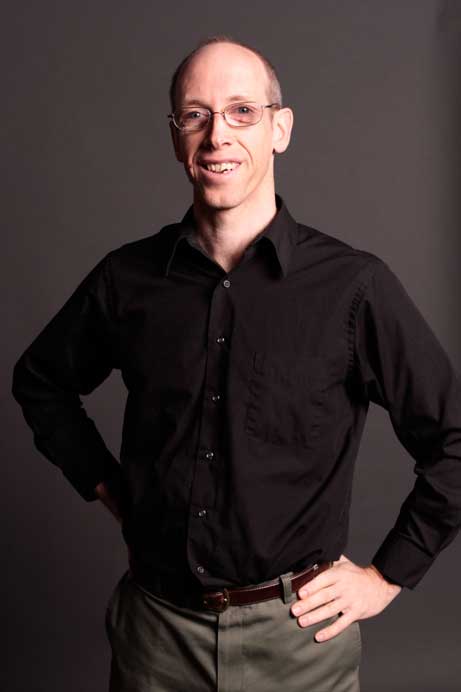 I am from the flat fen country of eastern England. I first came to the US in 1990 for what was supposed to be a 10-month stay. I’m still here. I’ve been based in the Washington DC area since 2000.

First, I do research on human language. I am impressed by the rich structure of human language, especially the countless details that we’re not consciously aware of. I want to know how children ever manage to learn this. And I want to know how the structures are encoded and manipulated, in cognitive and neuroscientific terms. The search for answers to these questions has taken me on a journey involving many different tools, languages, and fields of research. And along the way I’ve been fortunate to work with wonderful colleagues and students, who have taught me a huge amount. Recently we have got a lot of mileage from studying the role of grammar and memory in linguistic illusions and linguistic predictions, and we have learned a lot from investigating the relation between speaking and understanding.

Second, I am an evangelist for Language Science. Language is hugely important to humans, but it rarely features in lists of priority areas for universities or for science in general. At the University of Maryland we are working to change that. We believe that the basic science of language, and applications in education, technology and health all benefit from closer interaction — it’s easier to fix a system when we understand how it is supposed to work. Over more than 15 years we have built a broad, integrated community of language scientists that spans 17 departments and centers across the entire university. Our efforts are now recognized as a university initiative under the auspices of the Maryland Language Science Center. We’re trying to put language on the map. And we’re working to show that it’s genuinely useful when you put together the pieces of language science, for science and for society alike. We have been pursuing these goals through a couple of NSF-funded interdisciplinary programs that I have directed (IGERT: 2008-2015; NRT: 2015-2021), among many other initiatives.

This site sketches how we’re pursuing these two projects. I know that you have better things to do than read my papers, and CVs are soulless. These pages save you the trouble.  [how this site was built]

When I’m not obsessing about community building for language science, I obsess about community building around running, and walking. I was a competitive runner in the past, and I have dabbled in duathlon and triathlon. I even represented Team USA at the age-group World Duathlon Championships in 2013. But nowadays I am more interested in helping others get active. In 2016 Andrea Zukowski and I founded College Park parkrun, which ties running and community building into a big fuzzy ball, serving thousands of community members each year. We have helped many other communities around the country to benefit as we have in College Park. From 2017-2019 I was Communications and Community Development Lead for parkrun USA, helping to build annual participation from 8,000 to over 100,000 finishers and volunteers from 2016-2019.  I am fascinated by the parallels between community building in science and around physical activity.

I also have a keen interest in Smart Growth and in (sub-)urban development issues in the College Park area.